Part of our special series to help ConsiderMedicare readers get ready for open enrollment. 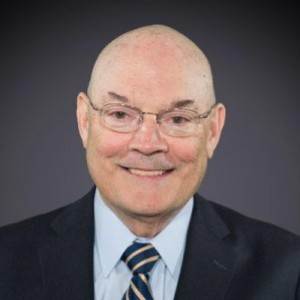 There are two different packages of Medicare coverage that people can select. The first is Original Medicare (often also called basic Medicare), managed by the federal government, plus a Part D drug plan and perhaps also a Medicare supplement plan. These last two plans are offered and managed by private insurance companies.

Medigap plans are overseen by state insurance regulators, and help pay expenses for things that Medicare covers but doesn’t completely pay for. The largest such “hole” is that Part B pays only 80% of covered expenses. The most complete Medigap plans pay for nearly everything not paid for by original Medicare.

Medigap plans generally do not cover drugs, however, and more than a million people taking expensive medications must continue paying 5% of those costs, even when they have reached the so-called “catastrophic” level of their Part D plans.

The second package of Medicare coverage is a Medicare Advantage (MA) plan, which usually includes Part D coverage. These plans must cover everything that original Medicare covers and also cover an increasing range of things that original Medicare does not cover, including dental, hearing, and vision plans, gym memberships, and a slowly expanding array of non-medical supplemental benefits. These may include home-delivered meals for people recently discharged from hospitals, transportation to doctors’ appointsments, and bathroom grab bars. These benefits are not yet widely available.

MA plans usually cost less than an original Medicare package that includes Medigap. They also offer an out-of-pocket maximum for medical costs, thus providing the same type of protection from enormous health expenses as does Medigap. (By law, MA insurers are not allowed to sell their plans to anyone with Medigap, so people would need to enroll in MA and drop their Medigap coverage.)

Historically, the big trade off between original Medicare and MA plans have been their choice of health care providers. People with original Medicare are insured for treatment anywhere in the U.S. from any doctor, hospital, or other health provider that has agreed to accept Medicare’s payment schedule for their services. They do not need prior approval to see a provider or to receive care.

MA plans, by contrast, limit coverage to the plan’s provider network and usually to the home market where a beneficiary lives. They may be required to get prior approval from their MA plan to see a doctor or receive medical care.

MA plan offerings have broadened substantially in recent years, however, with so-called “narrow network” HMO plans being joined by PPO (preferred provider organization) and even fee-for-service plans that are similar to basic Medicare in a person’s choices of health care providers. Even in these broader MA plans, however, people will pay higher fees to providers outside the plan’s network.

MA plans have become very popular in the past 10 years and now cover more than third of Medicare beneficiaries. One of their appeals is that all of a person’s health care is overseen by a single insurer. In original Medicare, people usually deal with Medicare and separate Part D and Medigap insurers.

Got a question of your own about Medicare or Social Security? Send it to [email protected].

The pros and cons of Medicare Advantage plans

Get better Medicare coverage at a lower price

What is Medicare Advantage and How Much Does it Cost?

Medicare Advantage (also known as Medicare Part C) is a private alternative to Original Medicare (Parts A & B) and typically offers additional benefits, such