If you're already on Medicare, it’s the one time of the year you can enroll in or change your Part C and Part D plans. 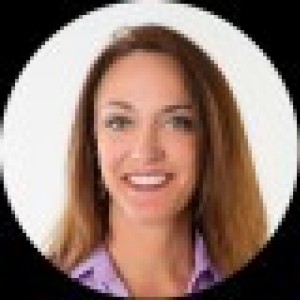 Danielle K. Roberts is a Medicare insurance expert and co-founder at Boomer Benefits.

The Medicare Fall Annual Election Period (AEP) is a short period in which Medicare beneficiaries can enroll in, drop, or change Medicare Advantage plans and Part D plans. This period occurs every year between October 15th and December 7th. Any changes made during the AEP take effect on January 1st of the following year.

The AEP is also commonly called the Fall Open Enrollment Period by Medicare beneficiaries. However, this can cause confusion since there are many other enrollment windows containing the phrase “open enrollment”. Using the term Annual Election Period for the fall window can help you to keep them straight.

This is an important time for Medicare beneficiaries as it’s the one time of the year you can enroll in or change your Part C and Part D plans. Therefore, you should prepare for Medicare’s Fall Annual Election Period so you can make a well-informed decision each year.

Review Your Annual Notice of Change

Medicare beneficiaries who are enrolled in a Medicare Advantage plan or Part D plan will receive an Annual Notice of Change (ANOC) each year from their current insurance provider. You should receive your ANOC by the end of September.

This notice will inform you of any changes being made to your plan for the following year. These changes may include premium increases or decreases, dropped or added benefits, copay and coinsurance changes, and even medications that will no longer be offered on next year’s drug formulary.

You’ll want to review your ANOC carefully. Be extra thorough when looking through the drug plan changes. These changes, if overlooked, can be detrimental to your out-of-pocket expenses in the following year. If your plan drops one of your drugs from its formulary, you may pay considerably more for that drug the following year unless you change plans.

No one wants to pay 100% out-of-pocket for expensive brand name drugs for an entire year while you wait for the next AEP. Doing your homework to review your ANOC can help to prevent unwelcome surprises in January.

After Reviewing Your Annual Notice of Change

After you have thoroughly reviewed all the upcoming plan changes, you can then begin to research other plan options. Even if the changes to your current plan are minimal, it’s good to research other available plans, as there may be a plan that appeals more to you than your current plan. Remember, one plan’s changes may be for the better, while your plan could change for the worse.

Researching plans with a Medicare broker who represents multiple carriers is the most efficient way to do this. A broker can compare several other plans alongside your current plan to see which option is the most cost-effective for you.

Verify Accepted Plans with Your Doctors

Since Medicare Advantage plans have networks of doctors, you will want to verify with your doctors that they will still be accepting your current plan next year. Technically, doctors can exit plan networks at any time during the year. However, they tend to do so more towards the end of the year.

If you plan on changing Medicare Advantage plans, you will also want to verify with your doctors that they accept the new plans you’re considering. Pick your favorites and then call your doctors’ offices to see if they participate in the networks for any of these other plans.

Once you have a list of the top plans that the majority of your doctors accept, you will be able to narrow down your options before choosing your new plan.

As of 2019, The Center for Medicare and Medicaid Services (CMS) brought back the Medicare Advantage Open Enrollment Period (MAOEP). This period runs from January 1st until March 31st each year.

This window gives you the opportunity to change your Medicare Advantage plan once more. You are able to drop your plan completely and return to Original Medicare or enroll in a new one. Think of this period as a chance to try the plan out before you commit to pay for it for an entire year.

For instance, if during the AEP you find a plan you think you like and you enroll in it, but later find out at the beginning of the next year that an important doctor of yours isn’t in-network with your new plan, you’ll have a chance to make a one-time plan change.

What the Annual Election Period Isn’t For

Like we mentioned before, many Medicare beneficiaries refer to the AEP as the Open Enrollment Period. Because they are so used to calling it this, they confuse this period with the Medigap Open Enrollment window.

Because these two enrollment periods hold similar names, beneficiaries start thinking that the Fall Open Enrollment Period is another time where they can apply for a Medigap plan without having to answer health questions. However, that simply isn’t true.

You can apply for a new Medigap plan any time during the year. However, unless you’re in your one-time open enrollment window, you will likely have to answer health questions to do so in most states. The AEP is only for enrolling in Medicare Advantage plans and Part D plans, not for guaranteed Medigap plans.

Another installment in our special series on Medicare’s annual open enrollment period.

The 5 biggest myths about Medicare