What is Medicare Part D and How Much Does it Cost?

Medicare Part D is the prescription drug coverage of Medicare. Find out how much it costs, how to sign up, and more. 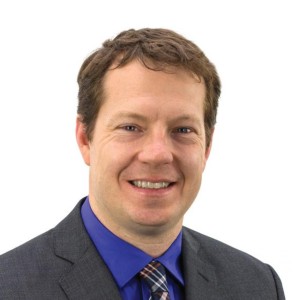 Marc has been an insurance advisor for over 15 years, specializing in working with individuals and small business owners to create an effective strategy for navigating the Medicare maze.

A Medicare Prescription Drug Plan (PDP), or Part D, is the part of Medicare that provides coverage for prescription medications. Anyone who is eligible for Original Medicare (Parts A & B) can sign up for one of these plans, which are offered by private companies approved by Medicare.

If you don’t get a Prescription Drug Plan when you first become eligible and you don’t have what’s called creditable coverage (covered in detail below) from another source, you may be subject to a late enrollment penalty when you do eventually enroll.

You can either get a standalone Medicare Part D plan to add to your other Medicare coverage or you can enroll in an MAPD, a type of Medicare Advantage (Part C) plan that includes prescription drug coverage.

When can I sign up for a Medicare Part D plan?

After that, if you want to change plans in any way, you need to wait until the Medicare Open Enrollment period (technically called Annual Election Period or AEP), which is from October 15 to December 7 each year.

What is the monthly premium for a Medicare Prescription Drug Plan?

Premiums vary by plan. The national average monthly premium for a Prescription Drug Plan (PDP) in 2019 is $33.19, though you may pay more or less depending on your plan, your income, and where you live.

If your modified adjusted gross income is over a certain threshold, you may have to pay a higher premium for your PDP, or what’s known as a Part D income-related monthly adjustment amount (Part D-IRMAA). This calculation is based on what you reported on your tax return two years earlier. If you are subject to this adjustment, Social Security will contact you.

If you have undergone a significant life event, you can appeal your Part D-IRMAA charge with Social Security.

You can choose to have your Prescription Drug Plan premiums deducted from your monthly Social Security benefit check. Contact your plan to set up these deductions.

What is creditable coverage?

As long as you have creditable coverage, you can delay signing up for a PDP without the risk of incurring a penalty. You can receive creditable drug coverage from an employer or union health plan, as well as other sources.

Under the Medicare Modernization Act (MMA), insurers must tell Medicare-eligible policyholders whether their prescription drug coverage is creditable.

What is the coverage gap or donut hole?

Medicare Prescription Drug Plans (Part D) have a coverage gap, also known as the “donut hole.” Once you have received a certain level of benefits from your plan, you enter a coverage reduction period, where you will face higher out-of-pocket costs until you qualify for catastrophic coverage.

To better understand the donut hole, consider this example of how your Prescription Drug Plan (PDP) coverage changes as your drug spending increases.

Many Prescription Drug Plans have a deductible. In most cases only for brand name drugs.

Until you hit your deductible, you’ll be paying for 100% of the costs of your drugs. The maximum PDP deductible in 2019 is $415, but yours could be lower.

Once you meet your deductible, you are only responsible for copayments until your total drug costs reach $3,820 for 2019. Total drug costs include what you pay out-of-pocket and the amount your PDP covers.

During this period of reduced coverage, you’re responsible for a significant portion of your drug expenses. You’re stuck in the donut hole until your total out-of-pocket drug costs for the year reach $5,100 (see below for what counts toward that threshold).

Starting in 2019, there will no longer be a coverage gap for brand-name drugs, but the gap will remain for generics until 2020.

Most people avoid reaching the coverage gap, since their annual drug costs are less than $3,820. You can also avoid it if:

You’re responsible for at least $3.40 for generic drugs and $8.50 for brand names or 5% of your drug costs (whichever is greater) for the rest of the year, with no maximum out of pocket.

The prescription drug expenses that count towards the $5,100 threshold that ends the coverage gap include:

The expenses that don’t count include:

What are the Medicare Part D drug tiers?

Each Medicare Prescription Drug Plan (Part D) has a list of covered drugs, divided into different tiers. Typically there are four or five tiers, depending on the plan.

This list of covered drugs is called a formulary, and the tiers are based on the costs of the drugs.

In general, Tier 1 drugs, often the plan’s preferred generics, are less expensive than higher-tier medications. Very expensive specialty drugs, for example, typically fall into Tier 5. Your copayments will also go up as you move into higher tiers.

Drug plans can change formularies during the year, including shifting drugs into different tiers. If a drug you take is moved into a higher tier, your plan must notify you 60 days in advance.

When this happens, you may need to switch to a different drug or pay more for your prescription. In some cases, if your doctor believes you need the higher-tier drug, your plan may grant you an exception that will lower your costs.

What is a prior authorization for a Medicare Prescription Drug Plan?

Some Medicare Prescription Drug Plans (Part D) have a coverage rule called prior authorization. Before you can fill a prescription, you or your healthcare provider must get approval from your drug plan, and your doctor may need to show that the drug is medically necessary.

What is step therapy?

Under step therapy, your plan will require you to try similar but less expensive drugs before it will cover the medication your doctor originally prescribed.

Prescription Drug Plans use step therapy to reduce costs by compelling you to take the most reasonably priced drug that’s safe and effective. For the plan to approve a more expensive drug, your doctor may have to show that the less expensive alternatives didn’t work for you.

Some plans offer lower copayments or deductibles if you use the plan’s mail-order prescription service and buy a 90-day supply of your medication.

However, if you use your Medicare Prescription Drug Plan’s automatic refill service, which authorizes pharmacies to issue a new supply of your medication when you’re about to run out, keep in mind that you can’t take advantage of that service with a mail-order pharmacy.

Under a new Medicare policy aimed at cutting down on unnecessary refills and reducing wasteful spending, plans must contact you for your approval before sending out a new supply, or you must request it.

Can Medicare Part B cover my medications instead?

Probably not. While Medicare Part B (medical insurance) covers a limited number of prescription drugs, you need a separate drug plan, such as a Medicare Prescription Drug Plan (Part D), to offset the costs of most prescribed medications.

The Part B drug benefit generally covers those medications that you would not personally order by mail or buy at your local pharmacy.

These include injections you receive at a doctor’s office or dialysis facility, certain oral anti-cancer drugs (chemotherapy), some drugs used with durable medical equipment (like nebulizers), and immunosuppressive drugs like those prescribed after organ transplants.

Part B will also cover some drugs provided in a hospital outpatient setting, though on a very limited basis. Drugs you get in an outpatient setting like an emergency room that you would normally take on your own (called “self-administered drugs”) are not covered by Part B.

Can I use discount coupons with Medicare Part D?

Under federal anti-kickback laws, drug manufacturers cannot make offers that persuade you to purchase medications that federal healthcare programs like Medicare pay for.

With a manufacturer coupon in hand, you can choose to bypass your Prescription Drug Plan (PDP) and pay for your discounted medications out-of-pocket.

However, these purchases may not count toward your PDP deductible, or figure into when you reach and leave the Part D coverage gap (the so-called “donut hole,” the gap after you reach a certain threshold in total prescription drug costs but before catastrophic coverage sets in).

Your PDP may accept your receipt from a purchase you made on your own and count the amount as part of your total-out-of-pocket expenses.

Another money-saving option is to look for pharmacies with low retail drug prices in the first place. Purchases from retailers with “usual and customary” low drug prices are not considered a discount program, so you can use you Medicare Part D coverage.

Medicare Part D: How to choose the right plan, save money and get better coverage

The next installment in Considerable’s special series on Medicare’s annual open enrollment period.

Picking a prescription drug plan is tough going, but these smart and easy tips will help ease the decision.